I’m shutting down one of my blogs, The Creative Outlet. It was supposed to be a collaborative blog with some friends for writing exercises. We started off well, posting at least once a month. As time passed, the posts dwindled and stopped posting. 2017 was a quiet year for that blog so I decided (of course with the permission of the others) to shut it down and declutter our online accounts. Besides, we all have our own writing challenges/exercises happening in our own individual blogs.

Before deleting the blog, I’ll compile all the writing exercises that I have completed and export them here.

The Writing Challenge by samanthaaarts:
1. Go to creativitygames.net. Write a maximum of 100 words on each sentence you make.
2. Use the sentence “Her smile wasn’t real.”
3. Write 500 words starting with the next piece of dialogue you hear.
4. Imagine you’re unable to leave a room for the next 7 days. Chronicle each of the days, using a maximum of 100 words for each day.
5. Think of a random word and Google images for it. Write a story about the 7th image.
6. Make a list of five things you’re afraid of happening to you. Then write a story in which one of them happens to your character.
7. Write a story with the words: tree, box, grandfather and toothpaste.
8. Two completely different people meet each other in an unusual way.
9. Write a free poem about the formula for happiness.
10. Look directly to you left. Use the first object you see as a metaphor for an abstract idea.
11. Start your story with “never again, it’s a promise.”
12. A woman’s life changes drastically in the next 3 minutes. What about it in 500 words.
13. Write a story about a superhero that goes to or returns from the dark side.
14. Write a 15-step list titled “how to be__”
15. Write about an angry email exchange.
16. Write about an ideology gone wrong.
17. Write about a bride that’s about to say “I do” as she realizes she’s getting cold feet. Mention something about the ceremony’s decorative flowers.
18. Write about: a campfire, a scream and a lie that gets bigger and bigger.
19. Re-write a classic fairy tale.
20. Write a story about a stranger you met in the bus.
21. End your story with a cliff-hanger.
22. Open the first book you see on page 67. Pick a sentence on the page and use that as the first sentence to your story.
23. What is one of your bad habits? Invent a character that has the bad habit, but a much worse case of it than you have.
24. Travel back in time to an event that has significance to your life right now.
25. Step outside of your comfort zone, either in real life or in writing.
26. Put your iPod or iTunes or any kind of music playlist on shuffle. Write a story inspired by the first song you hear.
27. Make a sequel to the cliff-hanger from day 21.
28. Someone wakes up with superpowers…
29. Go for a walk outside and list 3 random things you come across. Write a story with them.
30. Write a story titled “the end” that isn’t about death, a breakup or the apocalypse.

One: Glenda (not from the writing challenge)
The storm swirls above the metro and causes winds to whip back and forth. The strong winds manages to pick up any object in its way, flinging it away like a gold medalist hurling discus plate, away from its original position, probably never to be found again. I watch as the trees dance angrily with the wind, its branches flailing aggressively as if to catch the attention of the storm. They howl, “Hey! Stop this madness immediately!”

The storm just responds by ripping out one or two of its branches, letting it fall helplessly on the ground with a crack and a thud. From a distance, I hear roofs being ripped out from their houses, flapping in the wind noisily — a substitute for thunder. The panels that are hanging on by one or two nails flutter back and forth, like pages in a book being flipped by a reader.

The power is out and we are powerless. But not the storm. Not the storm, who is showing all strength and power by ravishing almost everything in its way.

Two: Use the sentence, “Her smile wasn’t real.”

This is the second outline and the only draft so far. I was planning to do a story of an anonymous girl, stealing smiles and glances from strangers and keeping them as a collection. Somewhat like thr BFG, but not in a good way. She uses the stolen smiles as bait for her next victims.

That’s all I can think of for now. I don’t have a conflict nor a plot to propel the whole idea. I’m posting my draft, including the incomplete sentences and paragraphs.

2.1 Her smile wasn’t real. It was to those who would set eyes on her. They called it ‘magical’ and the ‘sweetest smile they had ever seen.’

Her smile wasn’t real. Nor it was hers to own.

No one really knew her. People described her as a ghost, wafting through crowds of people. She would appear as a familiar face with a smile so sweet, that her prey would give it back and take a second to jog their memory on who she was or where

hen people was asked to describe her, they said she was like a shadow, wafting through the crowds of people. People would get a glimpse of her, and see her as a familiar face in a sea of strangers. She would catch that look, give that sweet smile, then disappear before they would call out to her.

The only time she would smile gleefully was when she was by herself, counting the smiles she gathered along the way.

She gathered smiles like one would pick flowers, feeding off the energy, taking it all in a moment. She placed them in what she called her ‘basket of smiles,’ each happy memory encased in those plump lips, curved in a perfect smile.

She would take one, affix it on her face, and take it with her on her travels.

2.2 Imagine having to put on a winning smile every time you go into an audition. That’s how the story will go. I think this would be better in script style — like for a short film, But since I don’t know the exact formal of scripts for movie/tv (I only know the format for theater plays), I’ll just give an idea on how it will look like.So the first shot starts off on the typewriter or a computer screen and it’ll type out the prompt.

A close up shot of a girl, smiling her best smile. She’ll say her lines and introduce herself — name and a short description. Zoom out to her practicing in front of a mirror before she is called for her turn.

She walks down the hallway, passing other girls, also with their ‘fake smiles’ until she is ushered to the audition room. She is oriented that the audition is for a commercial and she has to do this and that.

A couple of shots of the girl saying her scripted introduction, but her clothes and her background change, to show that she is auditioning numerous times. Shots of the panel can be optional, especially when the changing shots are done and she is told that she didn’t get the part.

There can also be a shot that slowly she loses her smile when she loses hope. And by the last audition, the fake smile is too obvious.

Until she is asked to talk about her feelings and she pours out her raw emotions.

The girl is in her room, facing the mirror, trying to get that perfect fake smile back. Her phone rings, she picks it up, and she smiles a genuine happy smile.

And it ends there.

Three: Imagine you’re unable to leave a room for the next 7 days. Chronicle each of the days, using a maximum of 100 words for each day.

The door is just a few feet away, just / within reach, if I wanted to. But I can’t. My / body is strapped to the chair, arms glued to the / table, with only my fingers mobile. I am told that / what I do with my fingers may be the key / to my freedom.

One by one, memories are sucked / out of me, as I translate them into words and / type them down, filling the big screen in front of / me.

My fingers trample on the keys, like a / pack of wolves hunting and running after their prey. / Am I the predator or the prey? [107 words]

Day 2
Strapped, still, but with progress in obtaining my freedom.

Typing / each word down is like picking a lock. I need / to the right hook and twist in order to secure / the winning combination. One wrong move, and it’s back to square / one. Sometimes, when luck is on my side, I just / have to retrace my steps and correct the mistakes that / I have made. But there are times that I have / to reset, take everything from the beginning, and start all / over again.

I have faith that I will complete my / mission in time. [93 words]

I’ll continue from where I left off from that last challenge (7-day, 100-word story). I’ll try to do at least 2 a week so that I can gradually get back into the writing groove. I will pressure myself and place a deadline on my planner. Yes, I can do this. I HAVE TO DO THIS!

5 thoughts on “Pages from the Creative Outlet” 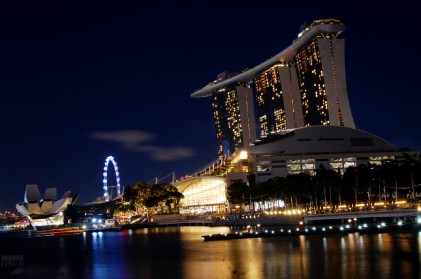 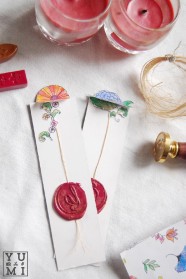 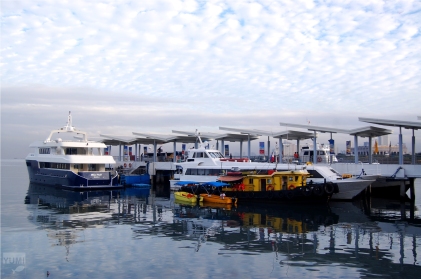 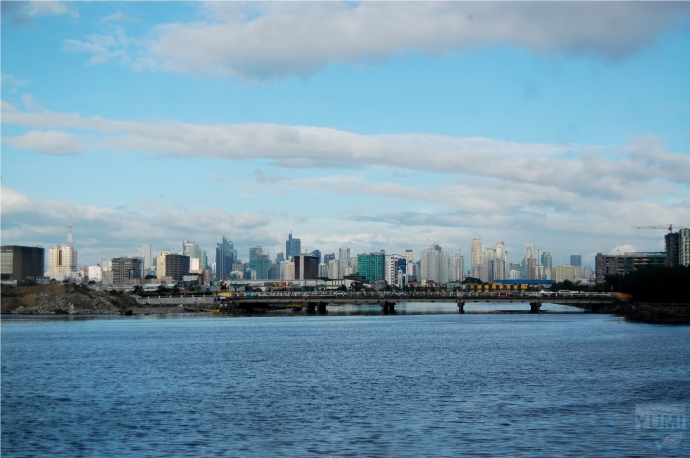 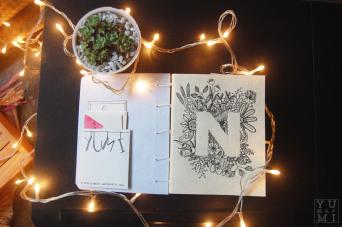 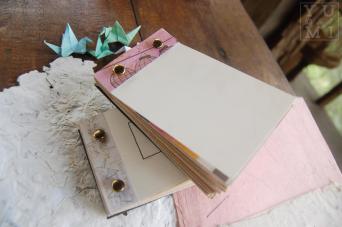 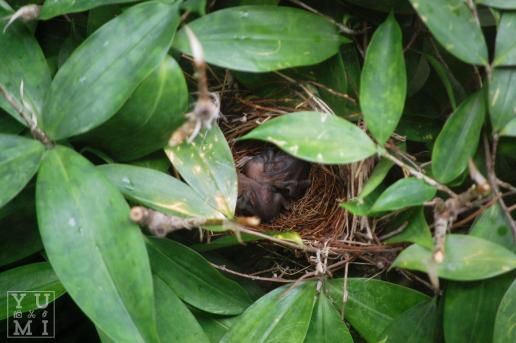 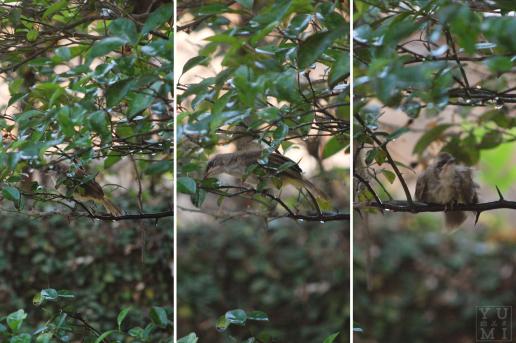